FNM began their Sol Invictus tour in Japan and Australia, they returned to the USA for the first time since October 1997 in April 2015. After this they toured in Europe and the UK before returning to the USA and Canada for a second leg. The fourteenth date was on Thursday September 8th at Red Rocks Amphitheatre, Denver.

The iconic Faith No More brought its twisted brand of experimental, genre-hopping art metal to Red Rocks on Tuesday night — their first visit to Denver in nearly 20 years. The hugely influential group performed an electrifying set to a full house of hardcore fans, most of whom looked to be of the age to have grown up with the band during its 1980s and ’90s heyday.

Featuring Mike Patton on vocals and effects, keyboardist Roddy Bottum, guitarist Jon Hudson, bassist Billy Gould and drummer Mike Bordin, the band — which initially broke up in 1998 — have long moved past the reunion point. After first getting back together for shows in 2009, the group is now touring in support of a new LP, this year’s “Sol Invictus.” The evening’s career-spanning setlist saw those new tunes fit right in with longtime fan favorites and alt-metal hits.

Presenting a kind of acid cult vibe, the band — its members all decked out in white — took to the stage, where amplifiers and equipment were also draped in white and surrounded by bins of colorful flowers. They began with the menacing “Motherfucker” from “Sol Invictus” before launching into three choice cuts (“Be Aggressive,” “Caffeine” and “Everything’s Ruined”) from what most herald as their masterpiece, 1992’s “Angel Dust.”

Despite a keyboard malfunction, the funky R&B of “Evidence” wooed fans, then wowed them as Patton climbed the barrier to crowd-surf up the rows as he finished the song. He and the band stumbled quickly back to their feet for their big hit “Epic” which suffered from minor tempo issues as drummer Bordin was dealing with the high altitude. As Bordin inhaled air from a tank, Patton joked (referencing David Lynch’s “Blue Velvet”): “Hey! We got Dennis Hopper here on the drums.”

During “Midlife Crisis” the band halted to let the audience sing for a moment before Patton stopped them. Smirking, he stated “Let me show you how it’s done.” The band bounced right into a tight version of the Boz Scaggs classic “Lowdown.” As the disco ball spun above them, raining down diamonds of light to the stage, Patton offered a schmalzy version of their lyric over the Scaggs tune.

Following an absolutely brutal version of “The Gentle Art of Making Enemies,” Patton again showcased his impressive vocal range. He led the group through their silky cover of the Commodores’ “Easy,” followed quickly by the guttural grunts and terrifying screams of “Separation Anxiety,” a tense, slinky number from “Sol Invictus.”

The group ended the set with fan favorite “Ashes to Ashes” (from 1998’s “Album of the Year”) and the anthemic “Sol Invictus” highlight, “Superhero.”

Returning to the stage to the huge roar of the Red Rocks crowd, the band brought things down with a stellar rendition of the Burt Bacharach easy-listening classic “This Guy’s in Love With You,” then closed out the evening with its first hit, the seminal rap rock of “We Care a Lot,” before saying farewell.

Faith No More drew the short straw with the post Labor Day holiday weekend hangover slot at Red Rocks last Tuesday. Perhaps that explains why the place wasn’t packed for one of the best shows I’ve seen under The Rocks this summer. As I rolled into the park about an hour before openers Gogol Bordello were to take the stage, the upper south lot was already in the shadows of the hills to the West. A sparse lot scene was enjoying the absolutely perfect late summer evening. As the sun settled behind the hills to the west, I couldn’t help but notice that this was the one of the most mellow pre-show scenes I’ve experienced at Red Rocks.

Despite being overshadowed by their early ‘90s peers (Nirvana, Soundgarden, Nine Inch Nails), Faith No More, and Mike Patton in particular, defined a significant part of my college music experiences. I came home bruised, battered, and grinning ear to ear after seeing them for the first time in 1992.

While Sol Invictus (released in May on Ipecac), the first studio album from Faith No More since 1997, certainly won’t be their most commercially successful album, it might just be their finest. This band has aged well. Hell, it feels like they never went away. Many of the songs on Sol Invictus feel immediately at home with this long time fan. I was anxious to see how they translated to the live show.

Not surprisingly, “Motherfucker”, a scathing song about accountability, opened things up, with keyboardist Roddy Bottum chanting the opening lines before the rest of the band, all dressed in white from head to toe, sauntered onto stage. Speaker stacks were also draped in white, and the band was surrounded by fresh flowers, setting a stark contrast with the music. But this band knows full well that they’d never be able to get away with a simple parade of new songs. By the time they got to a late set cover of The Commodore’s “Easy,” a song that appears on some pressings of Angel Dust, they had blasted through their biggest “hits” like “Be Aggressive,” “Caffeine,” “Everything’s Ruined,” “Epic,” and “Midlife Crisis,” which was twisted into a lounge act with Disco lights. Mike Patton prowled the stage, growling, chanting, and barking into a megaphone with all the ferocity (and stage banter) you’d expect, riding the crowd nearly to the soundboard at one point in the set. The band was tight throughout the entire set. Really tight.

An intense “Superhero” closed out the set proper, leaving this crowd begging for more. A three song encore, kicked off by a cover of Herb Alpert’s classic “This Guy’s In Love With You,” then dropped into the slow burning “Matador” from Sol Invictus. A closing “We Care a Lot” put an exclamation point on the fact that Faith No More has a lot more music left in them. While I didn’t come home battered and bruised this time around, that ear-to-ear smile was once again plastered across my face. 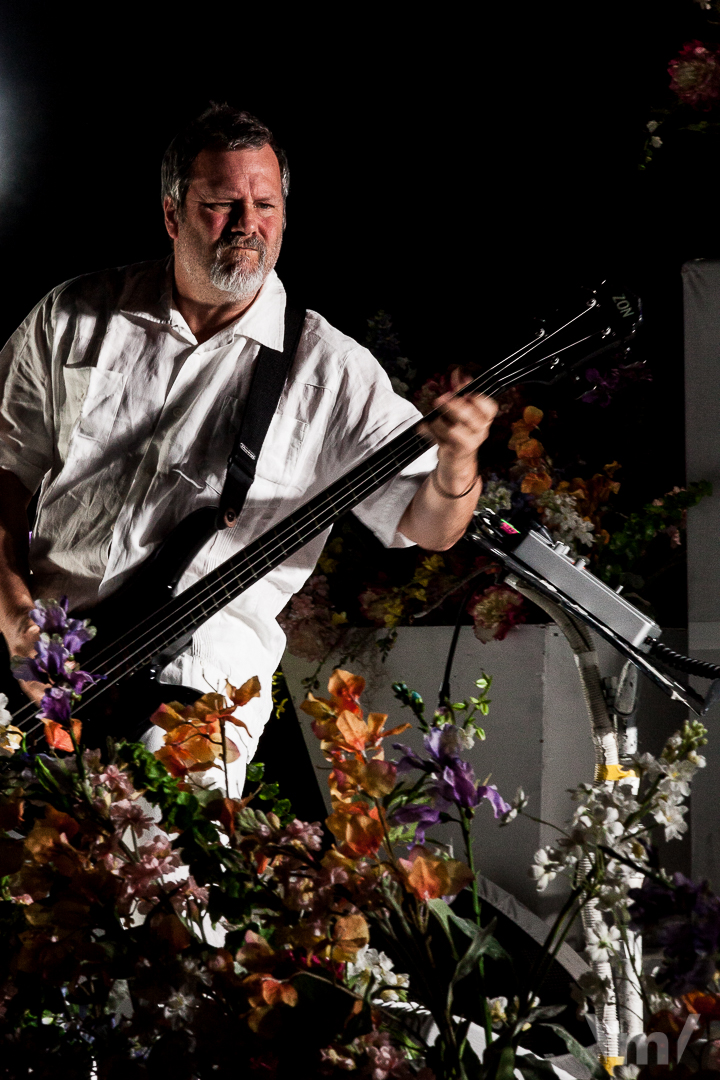 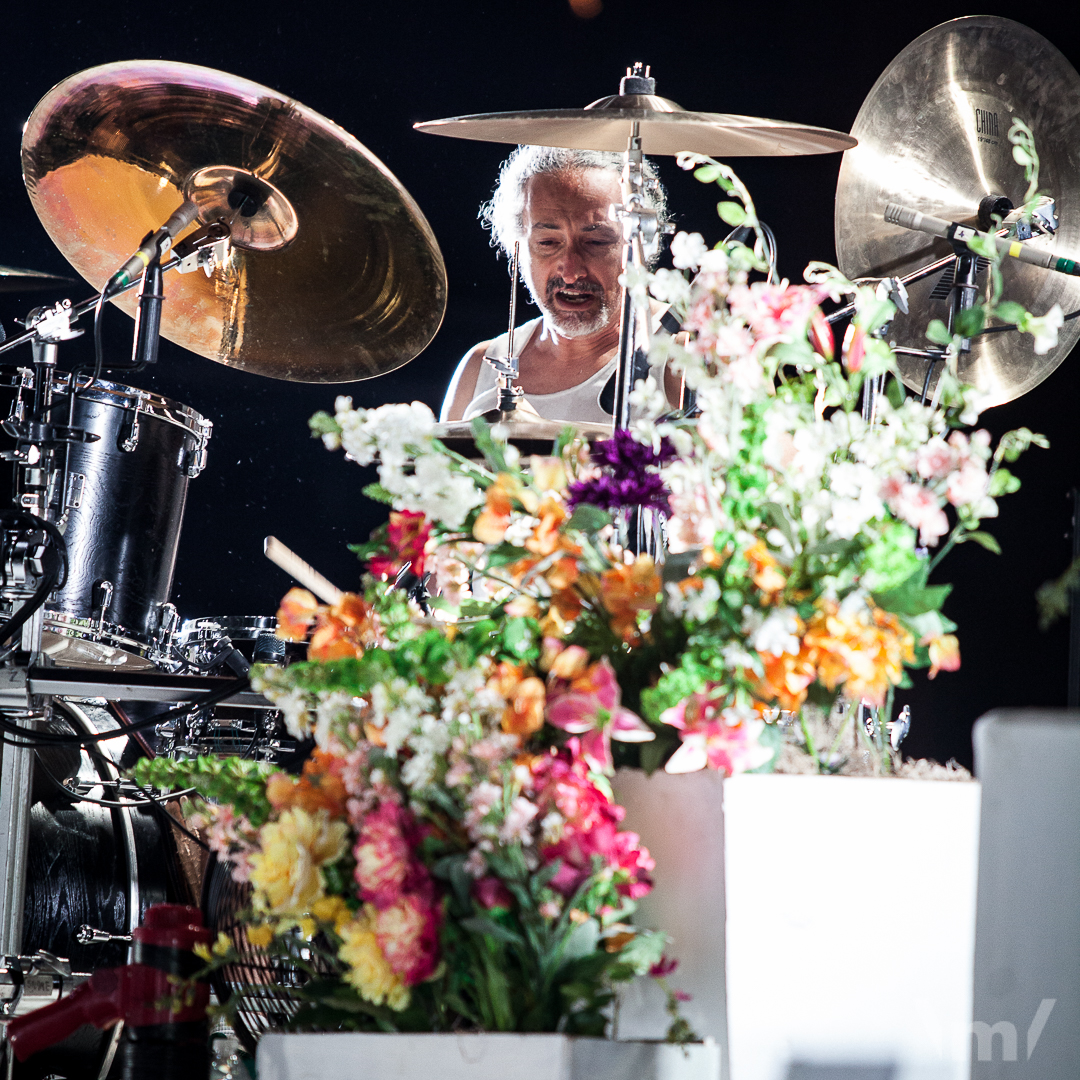 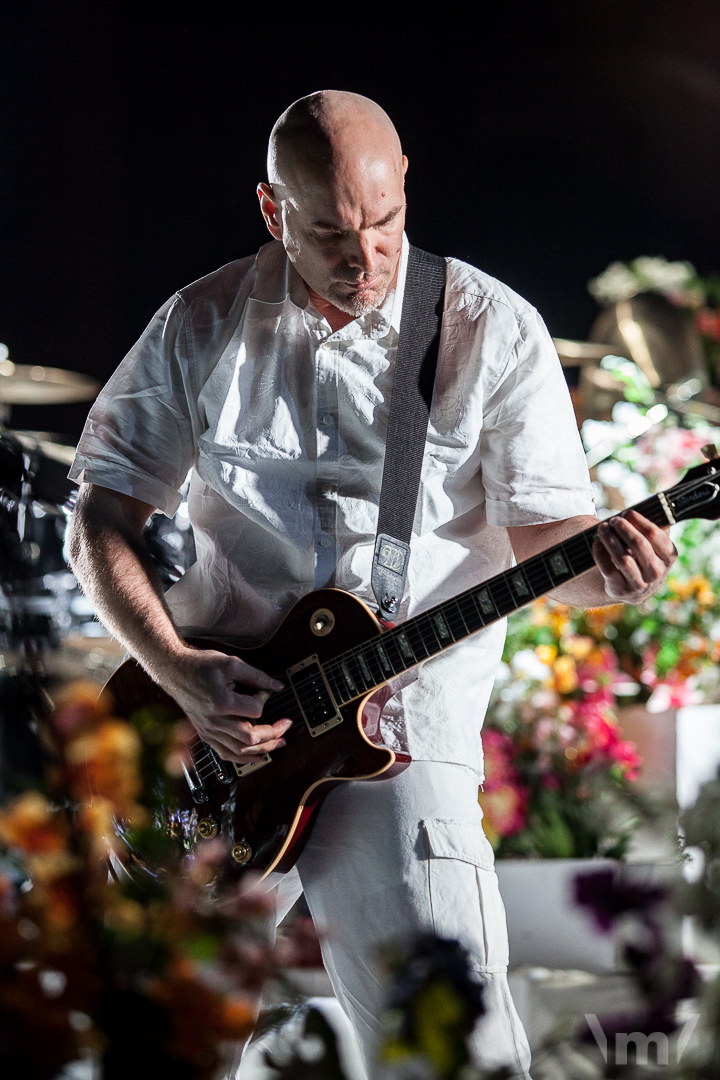 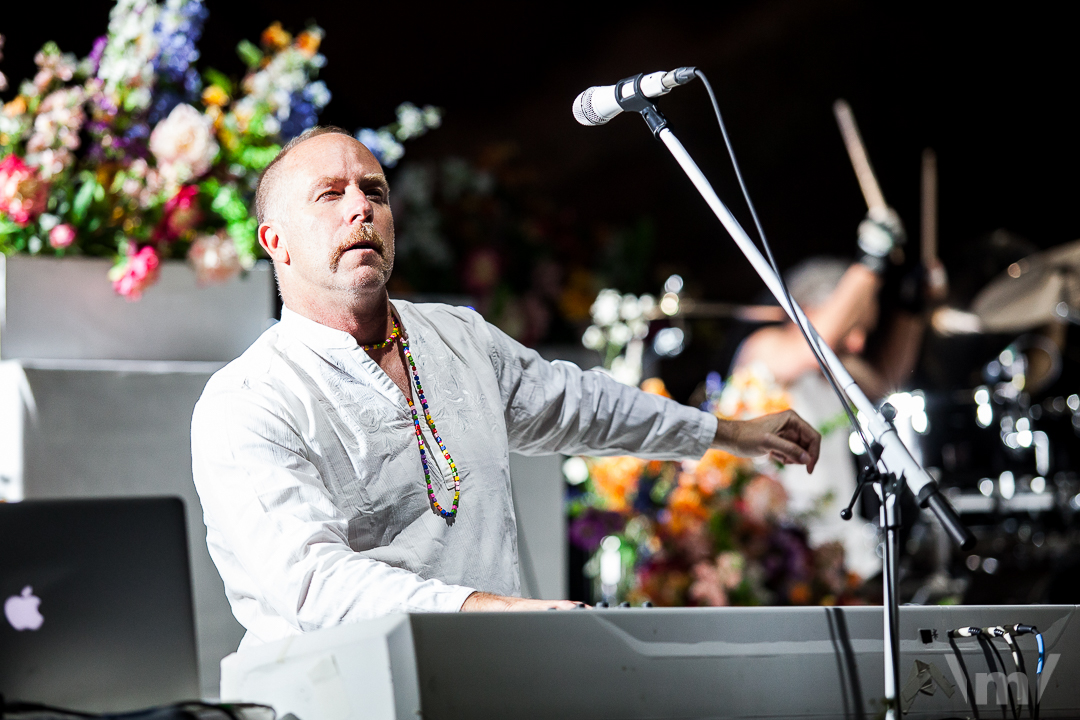 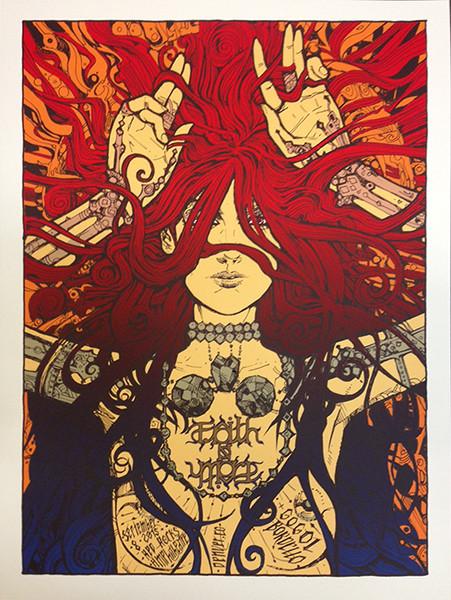 King for a Day

This Guy's in Love With You (Burt Bacharach)