FNM began their Sol Invictus tour in Japan and Australia, they returned to the USA for the first time since October 1997 in April 2015. After this they toured in Europe and the UK before returning to the USA and Canada for a second leg. The tenth date was on Friday August 7th at Ricoh Coliseum,Toronto.

In a lot of ways, the touring package of Faith No More and Refused is a perfect pairing – both bands made their names with genre blending sounds and were highly influential, inspiring countless bands that followed in their footsteps. In fact, Refused frontman Dennis Lyxzen acknowledged that the headliners were something of an influence on them, mentioning how he and drummer David Sandstrom bonded over Faith No More in the early 90s.

A few songs into Faith No More’s set, the band demonstrated their affinity for mixing together musical genres when Mike Patton slipped a few lines from Drake’s “Started From The Bottom” into the middle of “Evidence.” He repeated the lyrics shortly thereafter following the end of “Epic.” “Who does that song?” asked keyboardist Roddy Bottum (who seems to be resembling Matt Walsh of Veep and Upright Citizens brigade fame these days). “Dude, it’s the mayor of fucking Toronto!” replied Patton before asking the crowd, “Do you guys like Drake?” After some boos, Bottum cheekily responded, “We’re all open minded up here. Leave those judgements outside of the coliseum.” It’s true, Faith No More has always been pretty open minded about music, incorporating a bit of everything into their sound right from the get go, and they have been known to incorporate covers from a wide range of source material into their live shows, but apparently the crowd wasn’t having it tonight. They also seem to have some issues with Van Halen. When Patton pointed out that Eddie and co. were in town, there were more boos. This of course, inspired the band to turn the middle of “Midlife Crisis” into a bit of a mashup with Van Halen’s “Jump,” which was pretty spectacular. Speaking of covers, they also played their classic versions of “Easy” and “I Started A Joke,” with Patton calling out the Drake and Van Halen fans in attendance to sing along during the former and Bottum adding, “That sounds like progress! We are the world!”

After 20 long years, 2015 finally saw Faith No More’s triumphant return to Canada, not once, but twice.

Only a few weeks after their spectacular, sold out pair of dates at the Sony Centre, the San Francisco-based five-piece announced one more date at Ricoh Coliseum on August 7th – a venue that just happens to be directly across the street from Toronto’s summer mega venue, the Molson Canadian Amphitheatre. At that exact time, another reunion was underway: Van Halen. This is important for reasons we’ll outline soon.

Swedish hardcore band Refused rocked opening duties. While they have their own style, Refused’s Faith No More influence is pretty clear, from their various time changes to their chugging tempo to vocalist Denis Lyxzén’s hyper kinetic vocals.

Refused’s set was notable because unlike most openers, their set felt like a headliner’s, with Lyxzén taking advantage of Ricoh’s cavernous size by performing all over it. At one point, Lyxzén trekked over a dozen rows into the stands to sing along with ecstatic fans to “Destroy the Man”. Bonus: Lyxzén’s mic was still corded (!).

Between sets, Faith No More’s stage setup – all-white linen and an almost-literal ton of flowers – was put in place to a modified version of Angel Dust’s eerily serene, final song “Midnight Cowboy”. After a short amount of time, the psychedelic heartbeat kicked in for “The Real Thing”, the 9-minute title track to the band’s most popular album.

Frontman Mike Patton made his way out, handling the singing/screaming/rapping parts of this (and every other) song as though no time had passed since 1989. Since Faith No More broke up in 1998, Patton has worked in nearly a dozen side projects, but it’s obvious songs like these have held a special place in his weird, weird heart.

If you listen to Faith No More’s live sets over the years, you’ll hear them fill the ends of some of their songs with the choruses of the day’s top pop tunes. On Live at Brixton Academy, the band concluded “Epic” with a rousing rendition of Technotronic’s “Pump up the Jam”. At their 1995 show at the Warehouse, they filled the same space with Sheryl Crow’s “All I Wanna Do”. True to form, and to the city they were in, the band filled the end parts of “Evidence” with the chorus of Drake’s “Started from the Bottom”. “Make some noise for Drake, guys! He’s your mayor!” the band quipped to endless applause.

At one point, Patton acknowledged Van Halen’s presence across the road, almost accidentally indicating his desire to do a cover. The crowd was vocally in favour, but before they could, the band launched into “Midlife Crisis” – a more-than acceptable concession prize. During the song’s breakdown (a record-scratching thing). the band stopped dead, except for a lingering E note. That’s when Keyboardist Roddy Bottum roared into the notes of “Jump”. The crowd, understandably, freaked the fuck out. The band kept going for four bars, and just as Patton should have chimed in with “I get up!” the band completed the night’s coup de grâce by mashing the two songs together. Try finding that cross-section of talent and humour at a Linkin Park show.

As could be expected, the band also played songs from Sol Invictus, their first new album since 1998. In the case of many legacy bands, new material is almost handled with a courtesy, but not in this case. Fans sang along to songs like “Motherfucker” (a title only Faith No More would use) and “Superhero” with the same intensity as the hits. Sing-alongs to torch ballads ”Easy” and “I Started a Joke” helped bring the tempo down just a bit after the brutality of songs like “Caffeine” and “The Gentle Art of Making Enemies” before the explosive finale – the band’s first, Patton-less single “We Care A lot”.

At the end of this show, it occurred that we don’t always get this lucky with reunions. With the passage of time and the onset of older age, bands have to down-tune the hits – or avoid them altogether. But not Faith No More. Each member played with the same fury of the Headbanger’s Ball days. Even a long-time fan could successfully slide back to high school for a few hours, while younger ones got an almost hermetically sealed experience. 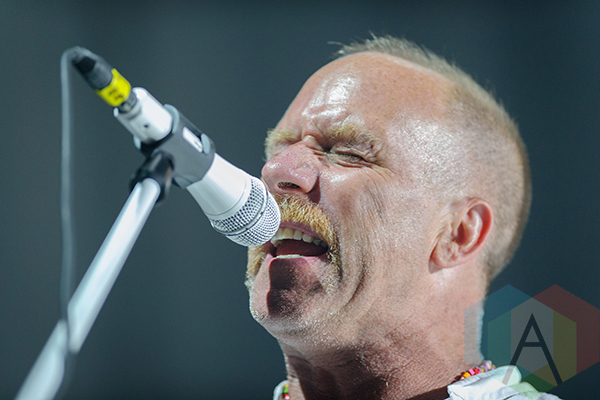 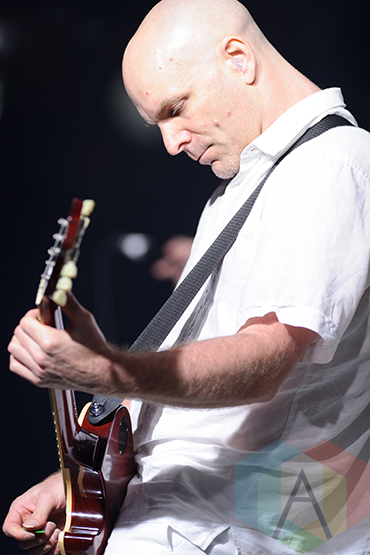 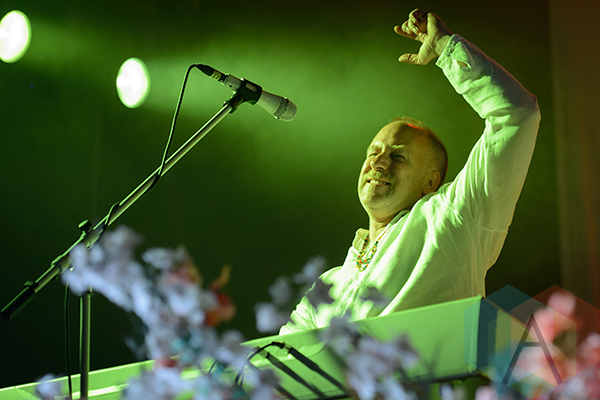 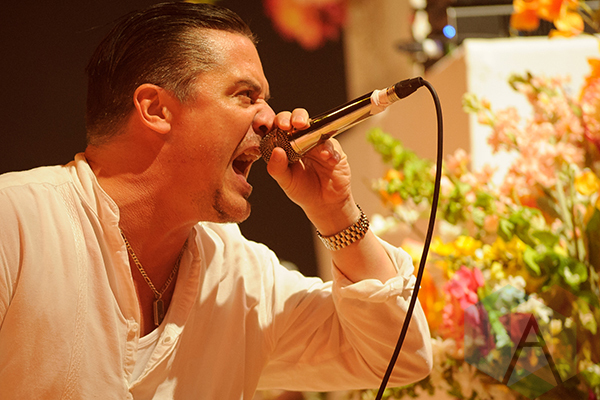 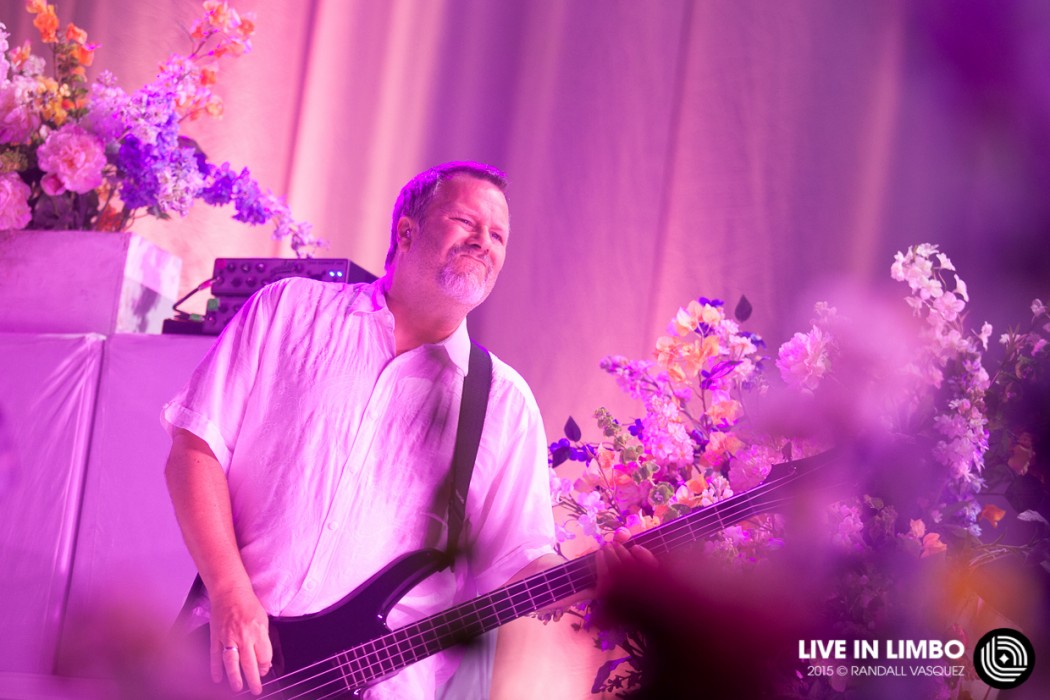 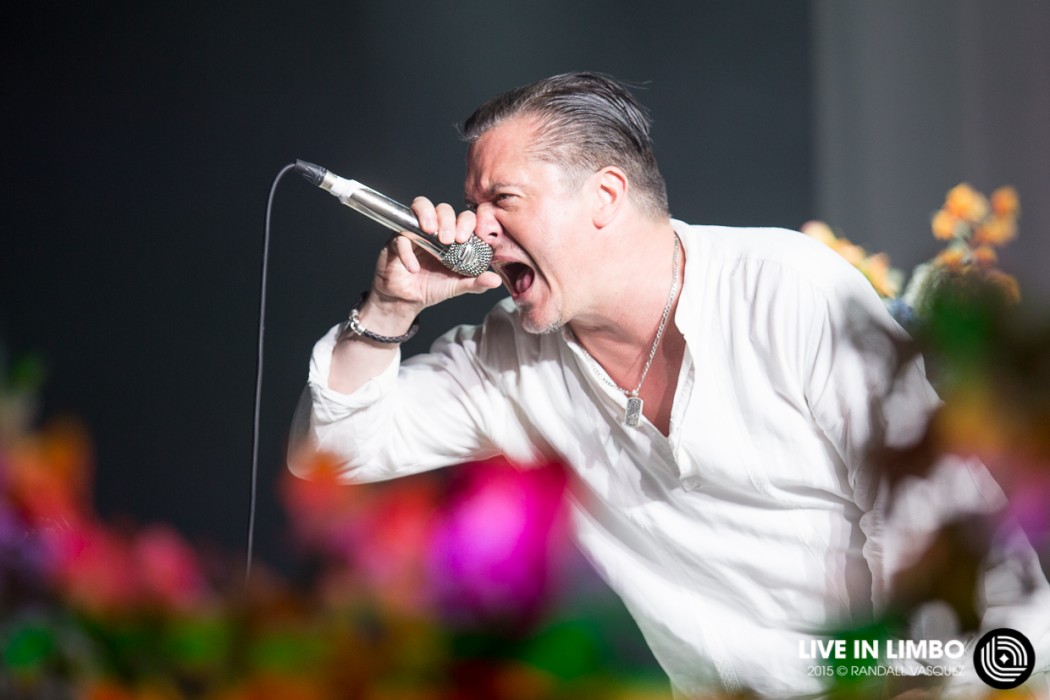 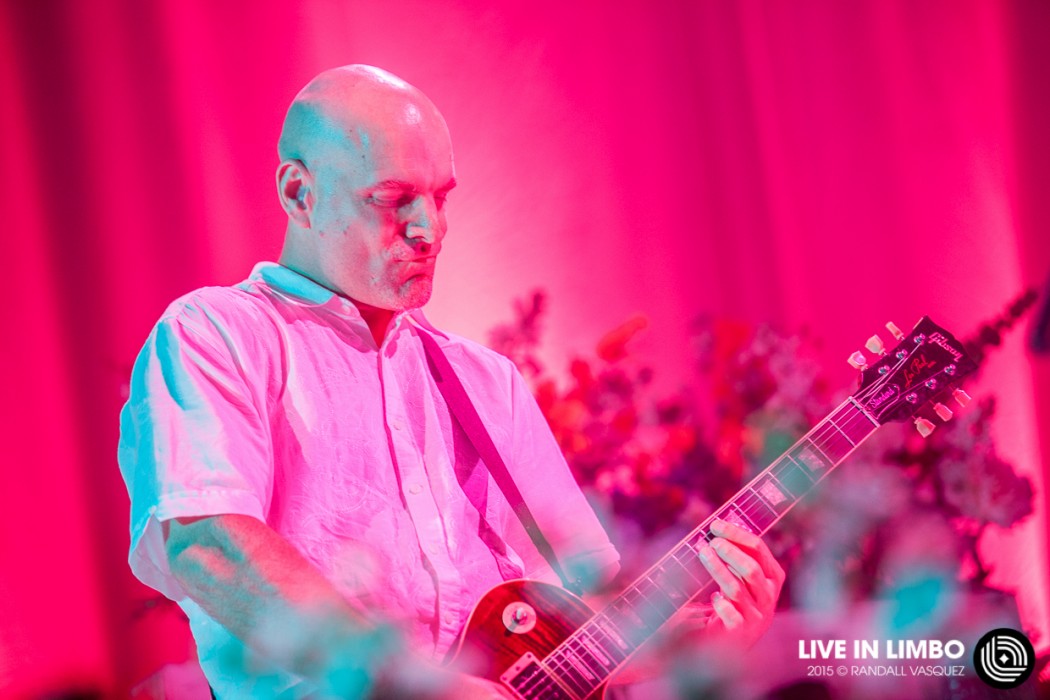 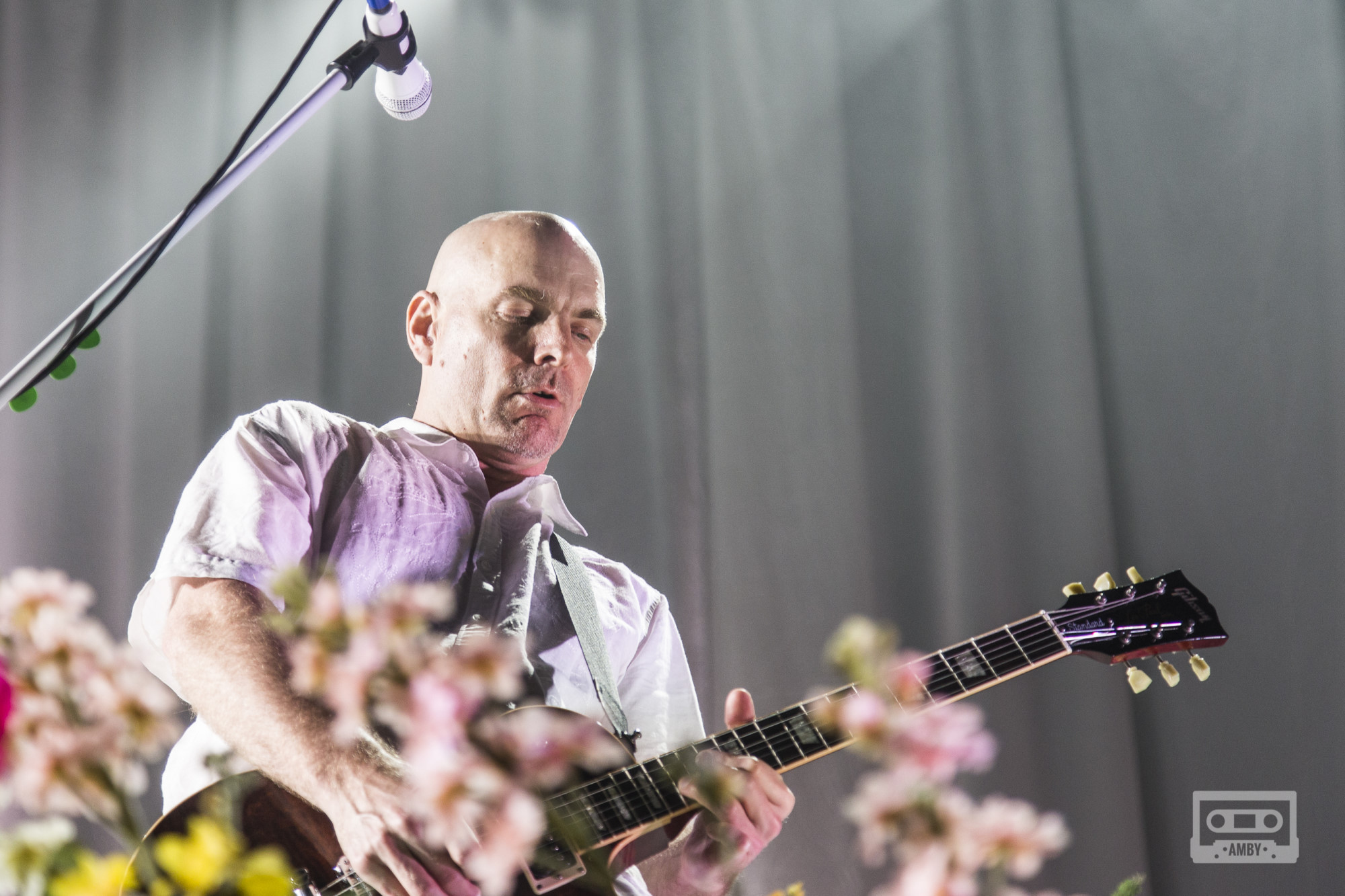 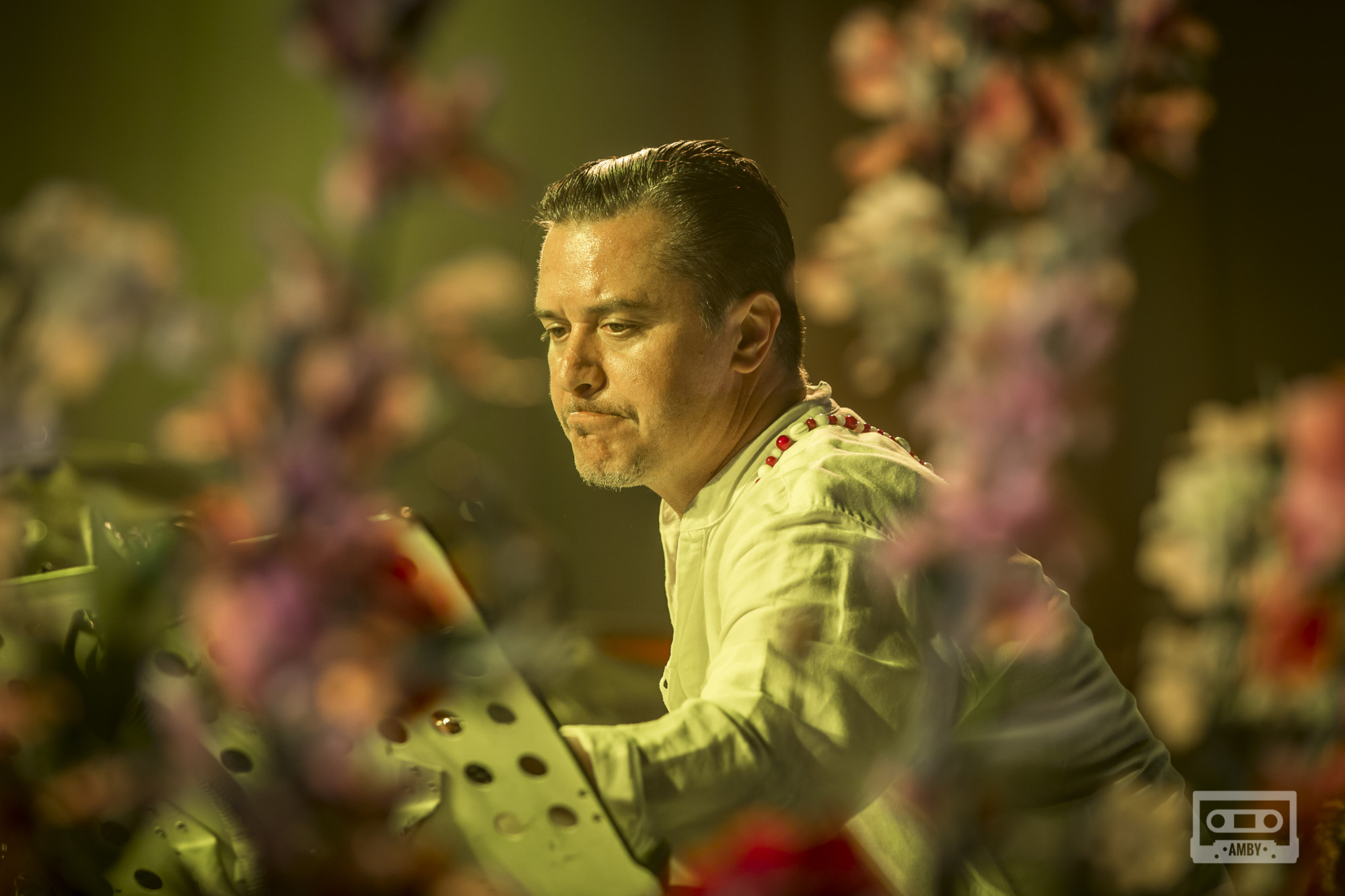 I Started a Joke (Bee Gees)